THE COWBOYS WRANGLE THE PANTHERS DURING GRAY OUT 49-14 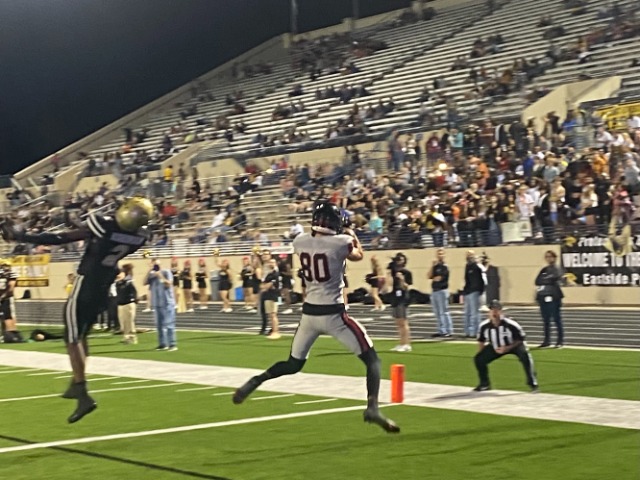 
The Coppell Cowboys kick off to start the game and get the ball right back after recovering a fumble. Following the turnover Baron Tipton scores off of a touchdown pass from Jack Fishpaw. The Cowboys defense continued the pressure causing Plano East to punt, which led to a Coppell drive highlighted by a run from Blake Robbins, a reception by Zack Darkoch, and finished off with a touchdown reception by Carter Kincaid. Coppell continued to dominate the Panthers, and after an interception from Matthew Williams, the offense capitalized on the defensive effort with Zack Darkoch scoring a touchdown, bringing the score to 14-0. A fourth down great call gets another score Jack Fishpaw to Zack Darkoch to close the first quarter, Coppell 21 Plano 0. A great defensive stand by Coppell to stop Plano East offense at the 1 yard line with the combined defensive effort from Mathew Williams and Ikenna Odimegwu.. The Panthers however, force the Cowboys to punt for the first time in the game from inside their own 10 years line. 21-0 going into half. Coppell came out strong with a catch from Zack Darkoch, a run from Jack Fishpaw, and a touchdown from Baron Tipton. Following the score, Braxton Myers intercepted the ball and took it all the way to the house scoring yet again for the Cowboys. The momentum continued leading to a Coppell win 49-14.