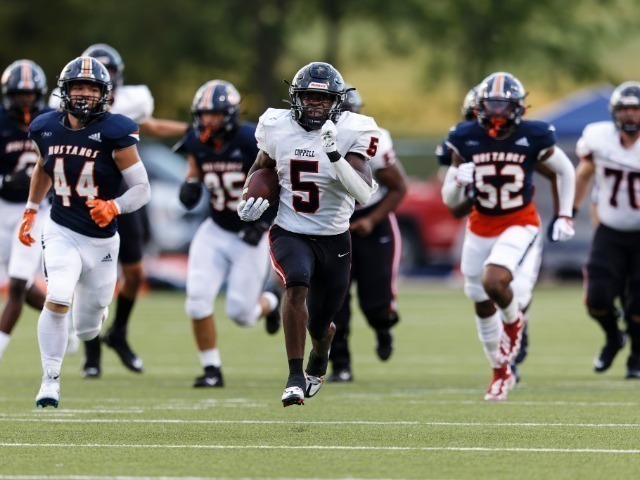 Thursday night the Cowboys opened the 2022 season
and ushered in a new era with first year Head Coach Antonio Wiley. From the opening kickoff the Cowboys took the lead and never looked back. In the end, the Cowboys would secure the victory with a 56-27 win over the Sasche Mustangs.

Defensively, the Cowboys were led by Weston Polk who recorded 2 interceptions. Braxton Myers finished the night with 3 pass break ups. Amari'a Wiley and Gabe Warren each recorded 10 tackles each.

This Friday the Cowboys have their home opener as they take on the South Grand Prairie Warriors. Please come out early, be loud and cheer the Cowboys on to victory.