SENIOR NIGHT VICTORY FOR THE COWBOYS 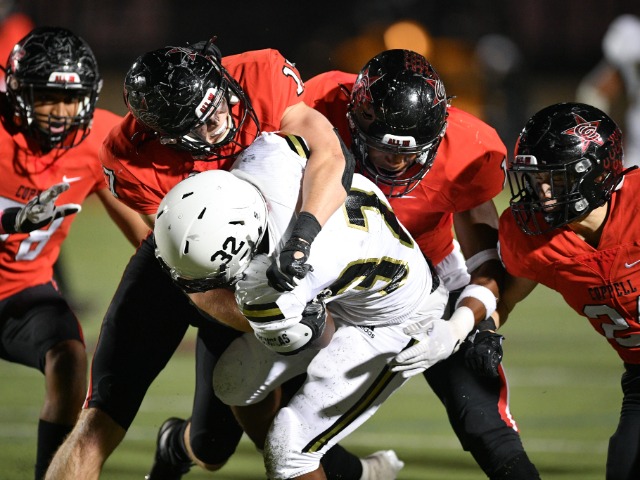 Friday Night was the Cowboys’ Senior Night, where they faced off against the Plano East High School Panthers. The Cowboys were dominant throughout the first half of the game. The defense stopped the Panthers’ first drive, and the Cowboys turned right around and scored. This same rhythm took place during the first half leaving Plano East scoreless. Coppell managed to put up 24 points in the first half. In the second half, WR Luca Grosoli, returned a kick-off for roughly 92 yards, putting the ball on the 6-yardline for the Cowboys offense. Unfortunately, the Cowboys could not turn the great return into points and gave up the ball on the 2-yardline. This led to problems offensively for Coppell. They struggle from then on to move the ball the same way they did in the first half. This gave the Panthers multiple opportunities to score and they did. Late in the fourth quarter, the Panthers went on a 22-play drive that ended in them scoring to make the game 21-27. After an unsuccessful onside kick, the Cowboys regained control, and kneeled the ball to seal their victory. Although it wasn’t pretty, the Cowboys finally bounced back and earned another district win. Next week will be their last district game and potentially last game of the season when they battle Flower Mound High School.
Offensively, QB Jack Fishpaw, played a great game: He went 12-15 from the air with two touchdowns and 274 yards. Fishpaw also ran for 27 yards and one touchdown. WR Zach Darkoch, caught only two passes, but for 101 yards and one touchdown. WR Charlie Barker, had three receptions for 78 yards and one touchdown.
Defensively, LB Jake Roemer, had a great night with nine tackles. LB, Jack McAdams, also had a great night with six tackles, two of which were tackles for a loss. Freshmen DB, Weston Polk, had a successful night with six tackles. LB Cooper Seidman, played well having five tackles, a tackle for a loss, and a big pass break-up. DB Isaiah Nichols, had five tackles, including a tackle for a loss, and a pass break-up.