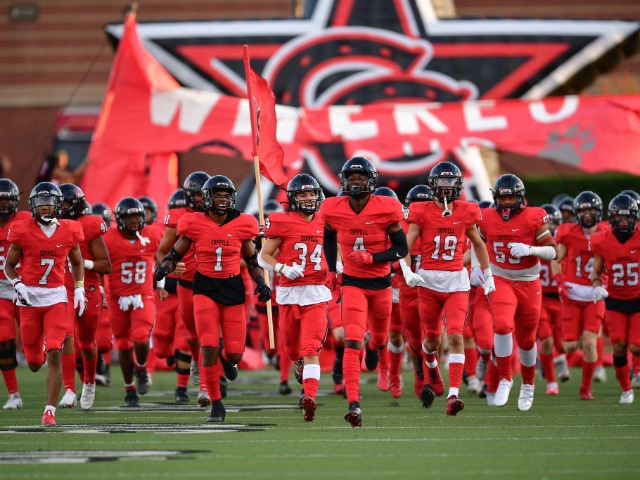 Friday night the Cowboys played the Plano Senior High Wildcats. The Cowboys came out in a smooth fashion stopping the Wildcats offense and taking the lead early. The Wildcats wouldn’t stay away though; going into halftime the Cowboys were only up 21-7. After making adjustments, the Cowboys were able to pull away, capitalizing on mistakes the Wildcats made. In the end, the Cowboys earned their first district victory, making them 1-0 in district. They look to have another great week and add to their win streak next game against Plano West.
Offensively, Jack Fishpaw threw the ball well for 191 yards and scrambled for a touchdown. Receivers Carter Kincaid, Luca Grosoli, and Dylan Nelson all had at least five catches for 45 yards or more. Running back Ike Odimegwu pounded the rock in for three touchdowns and a total of 35 yards. Running back Blake Robbins ran for 59 yards on 13 carries.
Defensively, Linebacker Jack McAdams, had four solo tackles and a huge fumble recovery. Linebacker, Cooper Siedman, had four solo tackles and a big tackle of a loss. Linebacker, Ike Odimegwu, had an outstanding night with seven solo tackles two big tackles for a loss, two sacks, and a forced fumble.