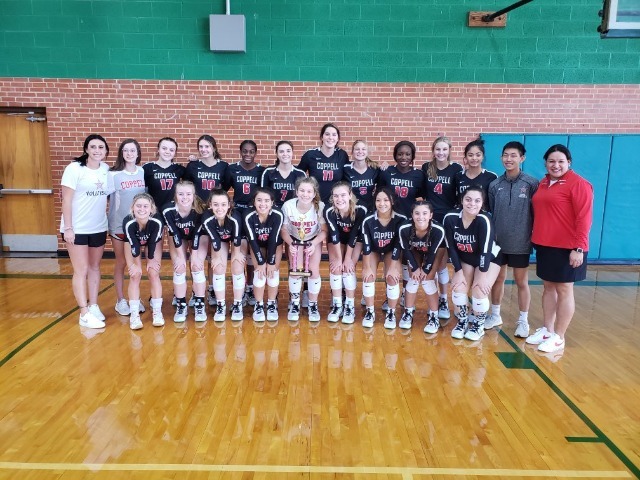 The Cowgirl Varsity Volleyball team earned their second tournament championship this past weekend at the Arlington Invitational Showcase. Junior Allie Stricker was named as the tournament's Most Valuable Player and Senior Beca Centeno was named to the all-tournament team.

This concluded a successful tournament season for the Cowgirls who also finished 1st at the Texan Showcase and finished 5th at the Bryan-College Station Tournament.