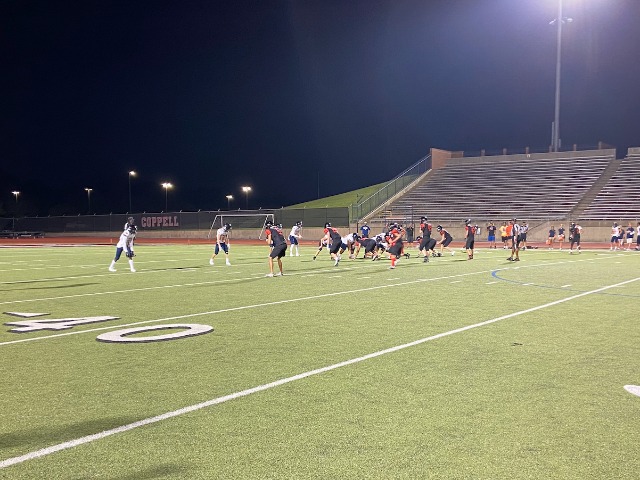 JV Red:
The Cowboys' JV Red team started the season off on a high note, taking down the Sachse Mustangs 17-6. Offensively, the Cowboys' quarterback, Alex Holder, threw two touchdown passes to receivers, Baron Tipton and Callen Carter. Kicker, Michael Kaser nailed an impressive 30 yard fieldgoal. Defensively, the Cowboys were able to hold the Mustangs to only six points. Defensive back, Wyatt Beaty, made a crucial interception to help seal the Cowboys' victory.

JV Black:
The Cowboys' JV Black team did their best to battle against Sachse, but was unable to beat the Mustangs, losing 50-16. The offense was successful in their passing game when quarterback Aiden McFarlane threw a pass for a touchdown to receiver, Nicholas Carter. Running back Jonathan Thompson also found the endzone on a rush for a Cowboy touchdown. The defense managed to pin the Mustangs up against their own endzone and scored a safety.

Freshmen Platinum:
The Cowboys' Freshmen Platinum team fought hard until the end losing 13-6 against the Jesuit Dallas Rangers. The offense was led by their physical offensive line, who made it possible for running back Matthew Howard to score. The defense held their ground against a number of quarterbacks and other skill positions. Defensive back, Jaydon Benjamin, made a touchdown saving interception in the endzone. 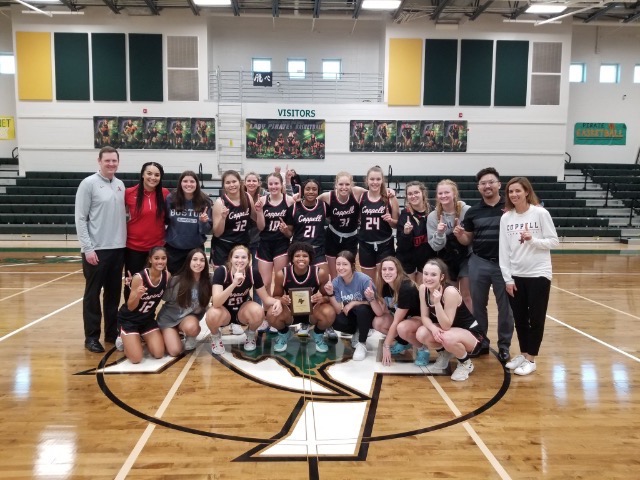