COPPELL TENNIS ON A ROLL 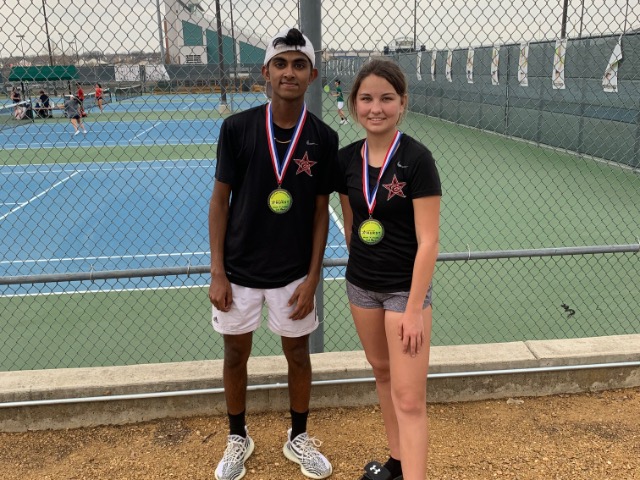 After an early spring season plagued with weather related issues, the Coppell High School Tennis team has returned to its winning ways. Early on the team experienced multiple tournament cancellations (4 JV tournaments & 2 Varsity tournaments). In the last 3 weeks, however, the team has been able to squeeze 3 competitions in. They finished in the top 4 in all 3 tournaments.

Yesterday, the team had an outstanding showing in the City of Hurst tournament. Players from the squad were able to secure plenty of hardware with the following players placing:

After a week off for Spring Break the Cowboys will return to the court on March 26th at the Lebanon Trail Tournament.