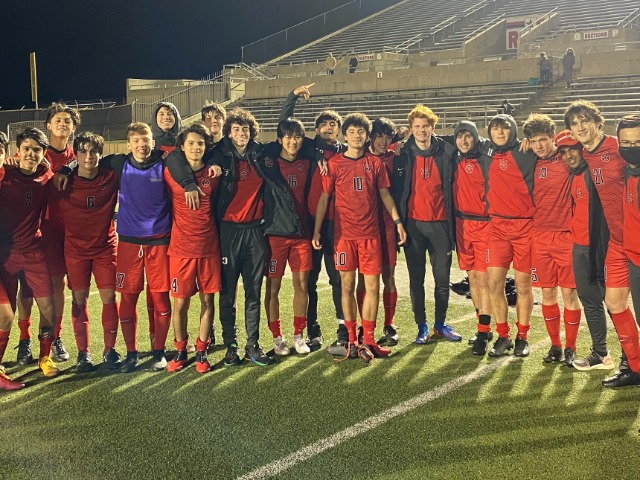 With a 3-1 win over Plano East late Monday night the Cowboys move to the top of the district standings one game shy of the half way point. Collin MacDonald opened the scoring with a goal from a corner kick. The ball was played into the box from Walker Stone and Victor Salvo was able to win the header and found MacDonald who was right in front of the goal. Not long after, the Cowboys were awarded a penalty kick when Alejandro Reyes was fouled inside the box. Reyes went on to take the penalty kick which made the score 2-0 and would prove to be the game winner. Plano East was able to get a goal midway through the second half to make it interesting. The Cowboys defense and GK Jacob Campbell held strong with alot of pressure put on by the Plano East attack. With three minutes left in the game Brandon Gast played a ball in behind the East back line for an on running Daniel Nelson. Nelson was able to convert and give the Cowboys an insurance goal to make it 3-1. The Cowboys will have to rest up quickly as they are back in action Tuesday night vs Plano West 7:30 at Clark East Stadium.