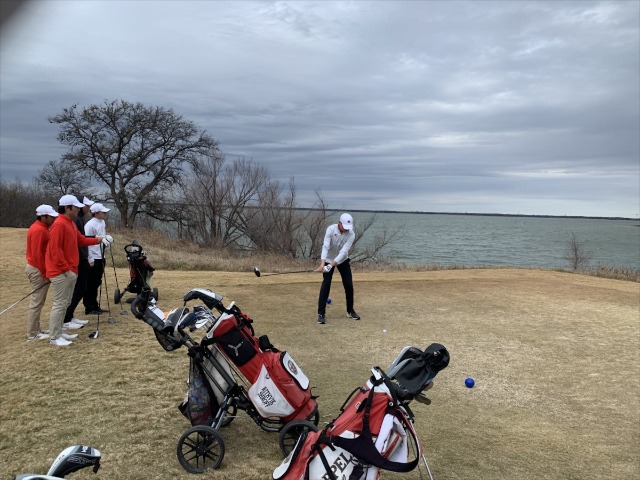 The Varsity 1 Boys Golf Team of Andrew Chow, Rithvik Shroff, Alex Ahn, Zach Frazer and Granger Hassmann traveled to The Tribute Golf Club this past Monday and Tuesday to compete in the District 6-6A Preview Tournament. The team found putting to be very difficult and struggled on the greens which lead to a 5th place finish in the tournament. On Day 1, Alex Ahn led the team turning in a score of 78, Andrew Chow and Zach Frazer both carded an 80. Granger Hassmann turned in an 82 and Rithvik Shroff recorded an 83. The team turned in a day 1 score of 320 which found them in 6th place going into the second round of the tournament.

On day 2 the team showed signs of improvement on the greens turning in a team score of 312. Andrew Chow led the team with a score of 75. Alex Ahn turned another 78. Rithvik Shroff carded a 79. Granger Hassmann recorded an 80 and Zach Frazer finished with an 81.

The Varsity 1 team will compete again on February 25th and 26th at the Denton Invitational Golf Tournament at the Robson Ranch Golf Club.