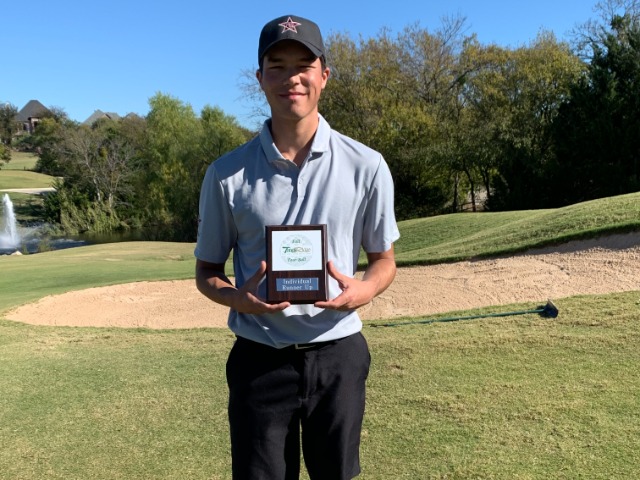 On Friday, October 30th and Saturday, October 31st, the Varsity 1 Boys Golf Team of Andrew Chow, Rithvik Shroff, Alex Ahn, Granger Hassmann and Tyler Frederick teamed up with our Girls Team of Mia Gaboriau, Chelsea Romas, Miyoko Tan, Rylie Allison and Aya Zaizen to compete in the Southlake Four Ball Tournament held at Tangle Ridge Golf Club. The tournament featured a unique scoring set-up where members of our Boys and Girls teams were paired up and the best score on each hole from each pair was used to determine the team score. As a team the Coppell golfers came in third place in the tournament behind Flower Mound and Hebron.

Team Scores were also tallied by boys and girls teams and our boys team finished in second place behind Flower Mound with a two day total team score of 608 (302, 306). Individual Awards were also given out as Andrew Chow found himself in a 3 way tie for 1st Place but ended up with the second place trophy after a playoff.

The Varsity 1 Team will be in action again this weekend, November 6th and 7th at the Boswell Pioneer Invitational Tournament at The Golf Club at Fossil Creek.