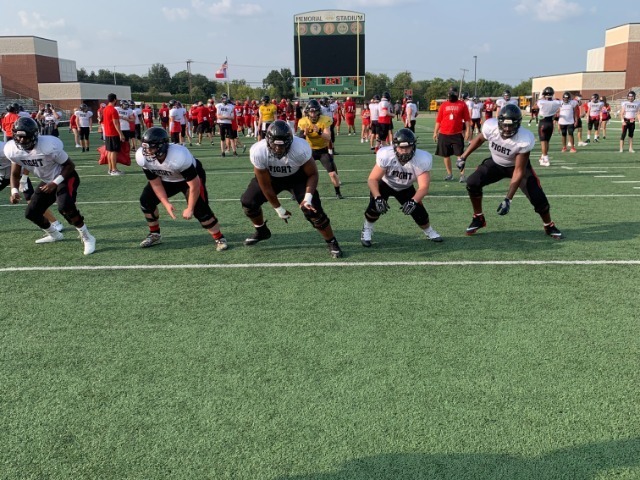 Last night the Cowboys opened up their 2020 season by traveling to take on Mesquite Horn. During the controlled part of the scrimmage, the Cowboys defense played well while only giving up two scores. The. The offense moved the ball well and managed one score when Copper Hatton hit Aiden Hutchinson for a touchdown.

During the live quarter of the scrimmage, the Cowboys defense again had a strong showing and gave up only one score. The Cowboys Offense moved the ball extremely well with catches from Anthony Black and KJ Liggins. Chisom Ngwu scored the lone touchdown for the Cowboys in the live quarter. Defensively, Jake Roemer and Preston Rogers were anchors to the Cowboys' defensive effort.