BOYS SOCCER WIN VERSUS LEWISVILLE 2-1, KNOCKING ON THE DOOR OF PLAYOFF BERTH 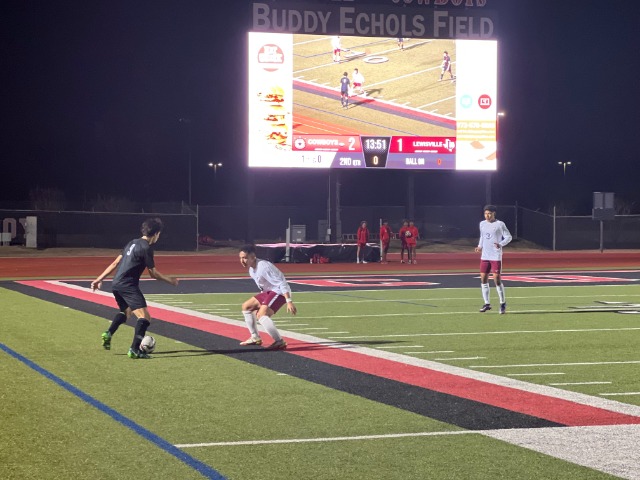 The Cowboys took care of business and then some in front of a big audience on senior night. Just as the first half looked like it would be played to a scoreless draw, Pedro Perez found an opening in the heart of the Lewisville defense to give the Cowboys the lead. Despite giving up the equalizing goal in the opening stages of the second half, the Cowboys remained collected and found the winning goal off a perfect ball to Gareth Murillo. Sophomore forward Gareth Murillo was nothing short of sensational in his first varsity start and led the Cowboys' press for the majority of the match.