COWBOYS WRESTLE AT THE SANTA SLAM! 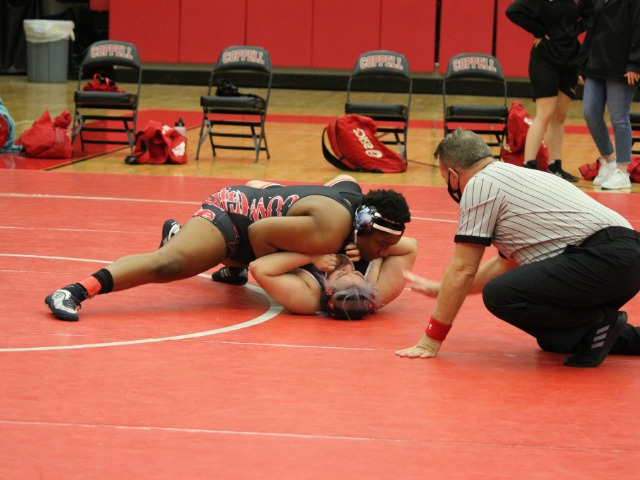 The delayed wrestling season did not stop the wrestling teams from having their annual Santa Slam Wrestling Tournament. The Girls team won the majority of the matches over the two day meet. Although the format did not have a team score, the girls wrestled Flower Mound, Fossil Ridge . The team next competes on Tuesday in the CHS Arena against Allen and McKinney Boyd on Tuesday.