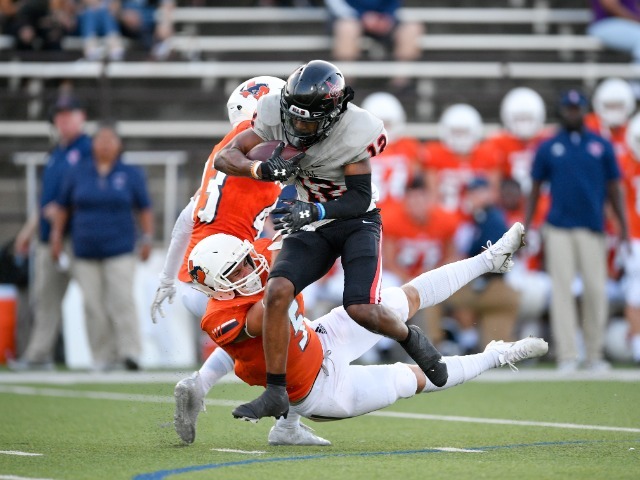 The Coppell Cowboys took on the Sachse Mustangs on Friday night. It was a tough match-up, but one they were confident they could win. Although they got off to a slow start by going scoreless on their first drive and giving up a touchdown defensively on Sachse's first play, the Cowboys battled enough to take the lead going into halftime. After a long second half the team capitalized on mistakes made by the Mustangs and found success in their passing game. In the end, the Cowboys won 42-28.

The offense got rolling behind RB/WR, Dylan Nelson, who had 246 receiving yards. QB Jack Fishpaw completed 17-of-22 passes for a total of 344 yards and four touchdowns. Charlie Barker made a big-time catch late in the fourth quarter that he ended up scoring on, helping to seal away the win. RB, Blake Robbins, added to the success of the offense with a total of 31 rushing yards.

The Coppell Cowboys' defense held up as a team, stopping the mustangs on multiple fourth down situations. DB Braxton Meyers, made a game-changing interception late in the fourth quarter, taking momentum away from Sachse. DL Simiani Socks, held up strong against the Mustangs' offensive line, making it difficult to run the ball inside.