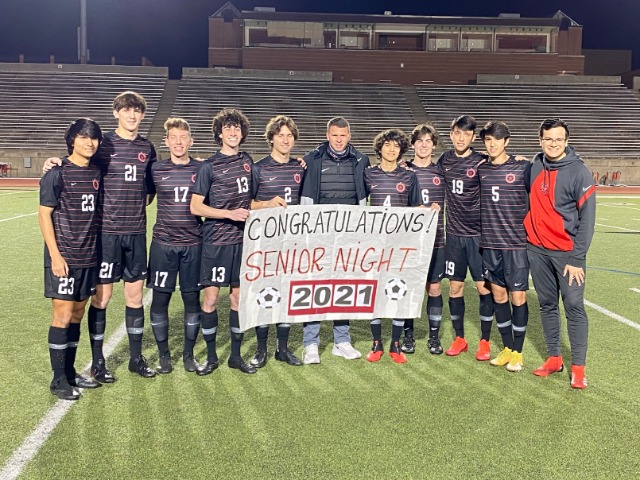 In front of a big crowd on senior night the Cowboys were able to win 5-0 over Hebron. This comes on the second night of a back to back. Cowboys opened the week with a huge win over Plano 2-1 on Monday night. After falling behind early against Plano, Brandon Gast was able to get back to back goals to give the Cowboys the win. After a quick turn around the Cowboys beat Hebron tonight on senior night. Alex Salvo got the scoring started with two great goals within the first 10 minutes of the game. Goals from Brandon Gast and Nicolas Radicic would put the Cowboys up 4-0 at the half. The second half proved to be less exciting and more about holding the lead. In the final 10 seconds Walker Stone put a great ball into the box and found Ari Robicheaux to make the final score 5-0. Freshman Jacob Campbell (with help from Peter Guzniczak) earned his 4th shutout of district play. The Cowboys will be back in action Friday March 5th as they travel to Lewisville.