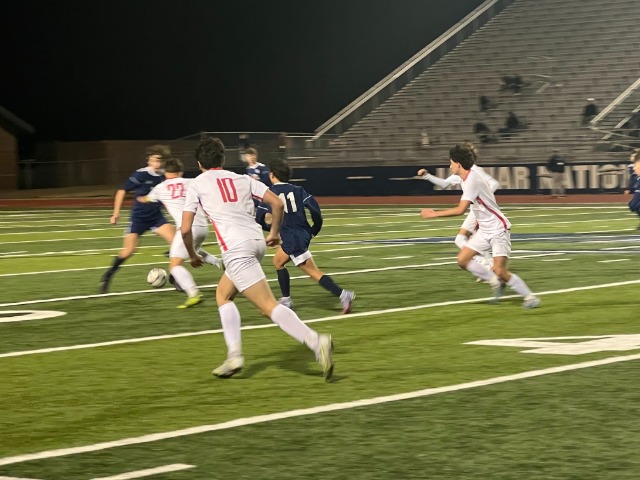 Coming into the last match of the first round of district play, the Cowboys were energized. After a goalless first half that featured quality chances for both teams with both the Jaguars and the Cowboys hitting the crossbar, the Cowboys were able to take the lead off a corner within the first five minutes of the second half off Walker Stone’s assist to Pedro Perez. The Cowboys continued to press the Jaguars, but Flower Mound equalized with 20 minutes left in the game on a bouncing and bobbling shot in the box.