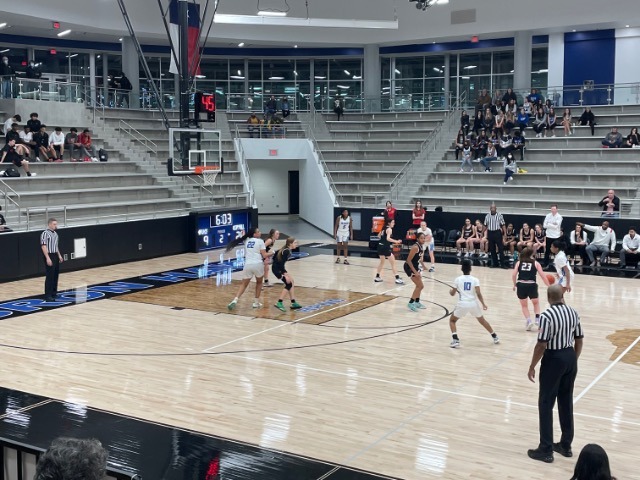 In 1989-1990 Michael Bolton held the number 1 song, VCR’s we’re still a thing, and it would be another 17 years before an iPhone was invented. At that time Coppell was a 3A school and the Cowgirls had a historic season led by Coach Springer (now principal) that ended with 31 wins.

Fast forward 32 years to today. Michael Bolton isn’t a household name, VCR’s are relics, and everyone owns some kind of smartphone. The Cowgirls broke the old record set by Springer’s former team last night in dominating fashion with a 54-39 win over Hebron to get to 32 wins…and we aren’t done yet!

Last night the Cowgirls were led by Jules LaMendola with 25 points and India Howard with 11 points. A boost off the bench was Waverly Hassman scoring 8 points in her debut back to action since December.

The Cowgirls are back in action on Tuesday to try to keep adding to the record books.