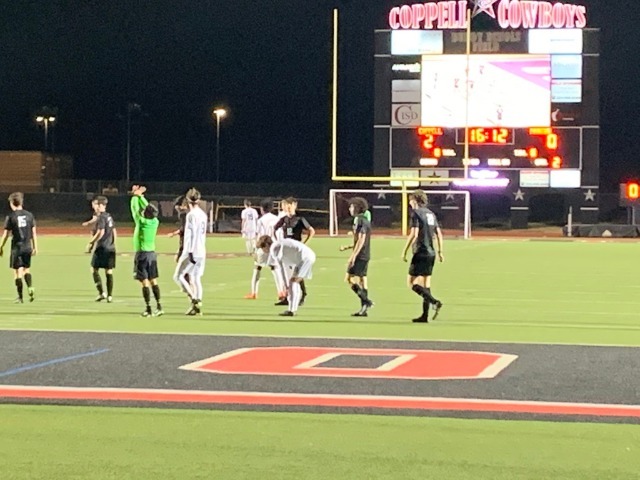 
Coppell Cowboys were able to defeat top ranked Marcus HS Tuesday night in a district 6-6a match up. This match up always proves to be a great contest between two long time rivals. Marcus entered the game currently undefeated and atop of the district standings. Coppell opened the scoring in just 50 seconds off a Preston Taylor header from a Brandon Gast deep throw in. The Cowboys continued to press on in the first half generator many opportunities on goal as well as a few corner kicks. Cowboys were fortunate to get a second goal as their pressure led to a mistake from a Marcus defender as he tried to pass the ball back to their gk. The ball went right past the GK and into the goal making it 2-0. The second half, proved to be a very tough defensive grind to secure the shutout and victory. The Cowboys will be back in action Friday night at Hebron High School.