COWBOYS OPEN SEASON WITH A WIN OVER MESQUITE 36-21 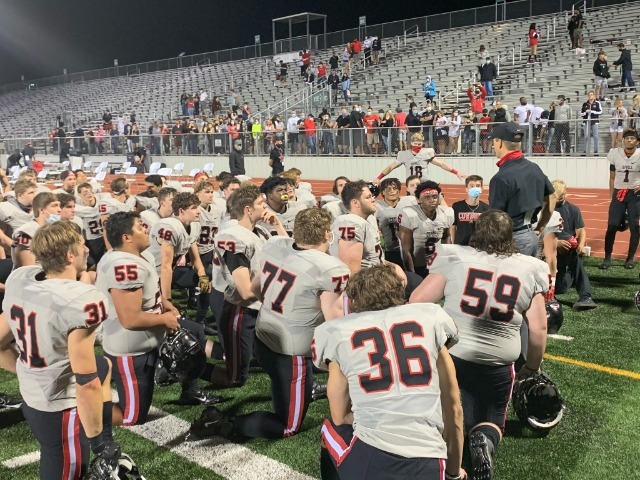 Everything about the Cowboys opening game against the Mesquite Skeeters was different than any other season opener. Face covering were visible throughout the stadium, the stadium was only half full with fans, the band had 1/3 of their members playing and there were no halftime band performances. About the only thing that was present, which is always present was that Cowboys Fight! The Cowboys summoned that fighting spirit to hold off the Sketters 36-21

Offensively, Chisom Ngwu paced the Cowboys with 102 yards. rushing on 29 carries. He also led all scoring with 3 rushing touchdowns. KJ Liggins lead all receivers with 5 catches for 101 yards. Ryan Walker led the passing attack with 230 yards and 1 touchdown. Defensively, Preston Rogers led the Cowboys with 9. tackles. Matt Williams pitched in 7 tackles and Simi Socks finished the night with 5 tackles. Charlie Barker had 4 tackles and 1 interception. Next week the Cowboys host the Sasche Mustangs at Buddy Echols Field.