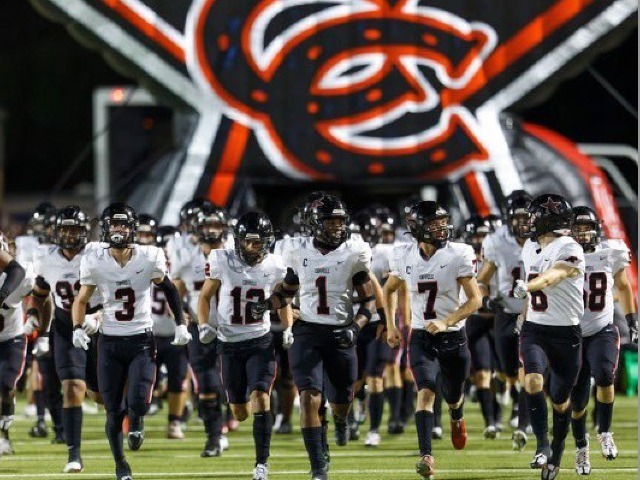 After a fast start from The Timber Creek Falcons, the Coppell Cowboys started to heat up. Led by a pick from Gabe Warren and a touchdown from Baron Tipton. The battle went back and forth until the middle of the 2nd quarter where the Cowboys began to take over. After a rushing touchdown from Malkam Wallace. Kicker Nicolas Radicic kicked a beautiful onside kick that was recovered by the Cowboys. This led to one final touchdown to end the half 24-17 Coppell. After a quick first drive from the Timber Creek Falcons, Coppell bounces back with a touchdown from Luca Grosoli thrown by Jack Fishpaw. After continuing the back and forth for the 3rd and until the end of the fourth, the Cowboys held on and forced the Falcons to punt. Zack Darkoch brought the punt all the way to inside the 10. And with a final catch by Baron Tipton off Jack Fishpaw pass to score the game winning touchdown with only seconds remaining.